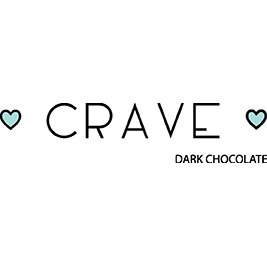 Our assignment was to create a logo for the brand with the name of the brand and an ornament, a symbol or a figure. There was two target groups to choose from and I chose “women in their 30s”.

In the beginning I researched the history of the chocolate and the competitors. I found out that there is really different kind of logos and with the logo you are able to communicate a lot about the brand identity. So the logo has to be in a line where you try to position your product.
Simplicity is the key but it also has to have something to distinct it from the market competitors.

While the target group was women in their 30’s, I wanted the logo to communicate feminine things. It should be chic, elegant, simple and represent enjoy, beauty and happiness of your life.

After exploring, sketching and digitalizing different figures and ornaments, I ended up using simple figures of hearts. In their simplicity they represented the love to the chocolate, to the brand and live. One heart both sides of the brand name keeps the brand in their spell of love and happiness.

From the mindmap and inspiration boards for the hearts were chosen an chic and elegant turquoise. That was combined with the black in the strokes of the hearts and the brand name. The combination of these two colours makes the logo simple but elegant and it works nicely against the white background and with grey elements for example in the packaging.

For the brand name has been used an Art Deco font called Manifesto. The Art Deco feeling goes well with the chocolate and women in their 30’s. And I think while the typaface don’t have any contrast in the strokes it looks chic and simple. A script typeface would be too soft. It still needs to have a bit kick and carriage.

With kerning the letters has been adjusted to communicate with each other nicely. The tagline shouldn’t compete with the brand name. That’s why there was chosen more neutral font Myriad Pro.